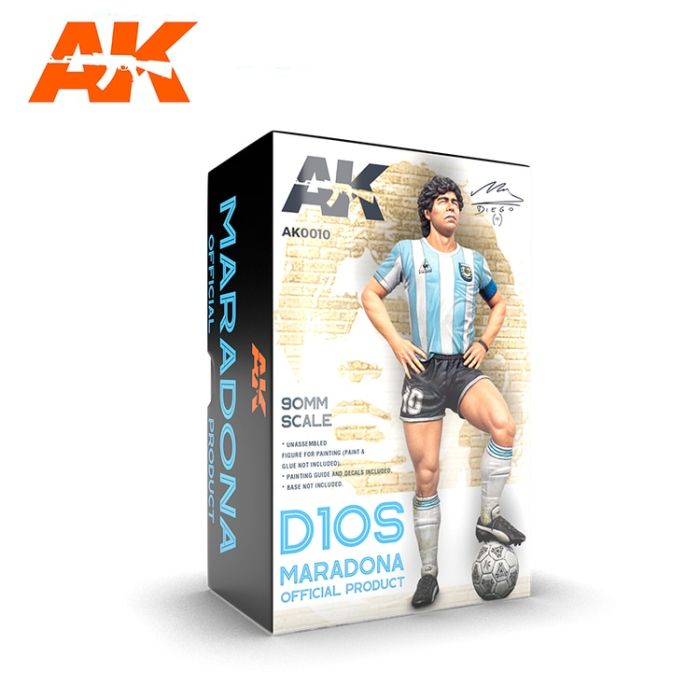 Few hobbies awaken the emotions that football generates. As Eduardo Galeano wrote “In his life, a man can change his wife, political party or religion, but he cannot change his football team” … “In what way is football similar to God? In the devotion that many believers have for it and in the distrust that many intellectuals have for it.”

Football lost its fallen angel and this official resin figure is partly a tribute to scale, but also a declaration of intent to continue crossing borders that modeling has not yet envisioned.