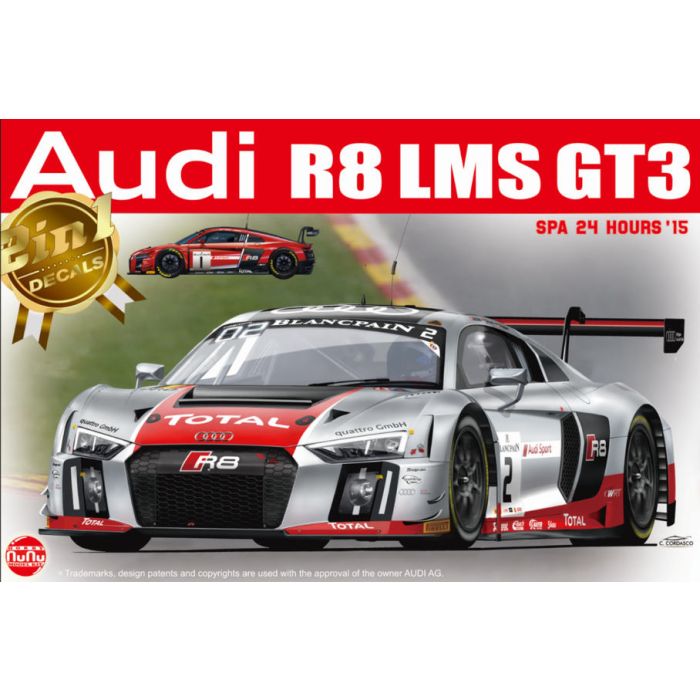 The base machine was Audi R8 which released into the market in 2006. With the mid-mounted 4.2 liter V8 or 5.2 liter V10 engine, all-wheel drive system which swept the rally world, and the quattro system was adopted, this 2-seater super sports car were the Audi’s top model, and it attracted a lot of attentions. Audi R8 LMS was the model designed to follow the GT3 regulation. The major difference from the commercial model is that it has been changed from four-wheel drive to rear-wheel drive under the FIA GT3 regulations. Even in the strict regulations such as engine tuning, aerodynamic development, wheel base and other dimension restricted, the Audi R8 LMS GT3 utilized the power of the V10 engine to over 500 hp, and finely adjusted the suspension well to compensate for the height of the center of gravity with a heavy engine.

The Audi R8 LMS GT3 was successful in winning the Nürburgring 24-hour race in May 2015. The evolution model was announced in 2018, and Audi R8 LMS GT3 keeps continuing with its further evolution.