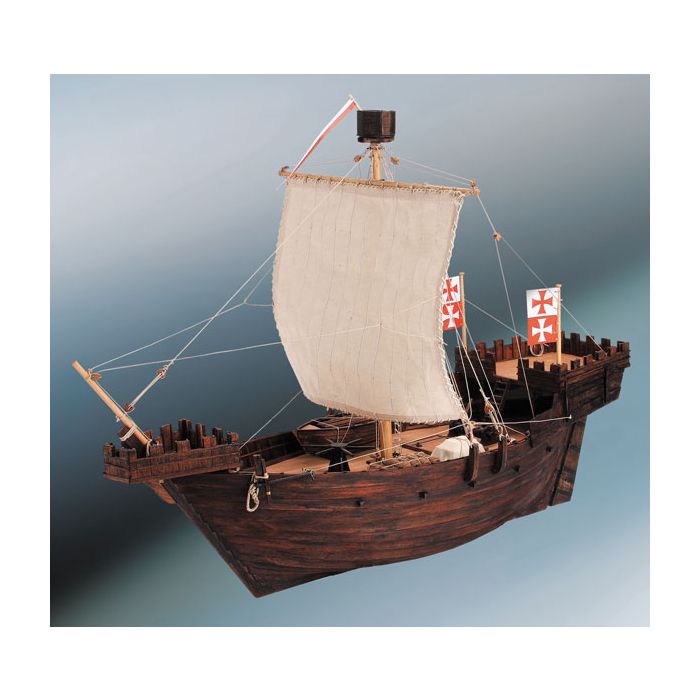 The Hansa was a medieval association of German cities which engaged by in long distance business mainly in area of Baltic Sea. An origin of the Hansa is probably possible to find in fellowship of Gotland’s merchants in the 12th century. Later a main center of the Hansa was in city of Luebeck. Other important hanseatic cities were for example also Hamburg, Koln, Rostock, Danzig, Stralsund, Elblag, Riga and many others. The golden age of the Hansa was a 14th century and just the most widely used type of ships in 14th century was a Cog. To these days a lot of contemporary illustrations of the Cogs from 14th century are survived and also any wrecks were found. This model represents one of largest cog from first half of the 14th century.